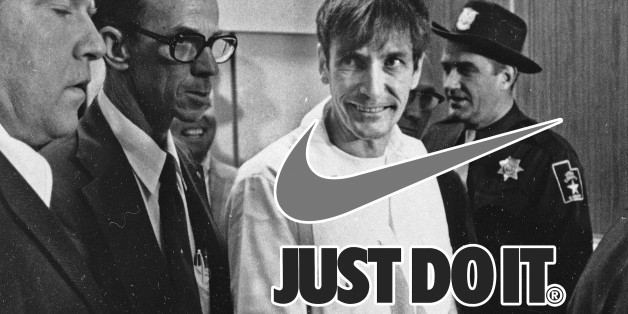 How a murder was behind the world’s most positive slogan

Just before a firing squad executed him, Gary Gilmore was asked if he had any last words. “Let’s do it,” he said.

Swoosh to Dan Wieden, the founder of Wieden + Kennedy agency.

Wieden told Dezeen Magazine how he picked the “Just do it” slogan:

“The reason I did that one was funny because I was recalling a man in Portland… He murdered a man and a woman, and was put before a firing squad. And they asked him if he had any final thoughts and he said: ‘Let’s do it.’ And for some reason I went: ‘Now damn. How do you ask for an ultimate challenge that you are probably going to lose, but you call it in?’ So I thought, well, I didn’t like “Let’s do it” so I just changed it to “Just do it”. “

Not everyone loved the idea right away.

The inspiration for “Just do it” is a fact that’s not well-known even within the company.

Liz Dolan, a former marketing chief at Nike, said in the documentary “Art & Copy” that the origin of the slogan was a secret to many.

“That was not the version I heard when I arrived at Nike,” she said. “I’m sure they didn’t want anyone to really know.” 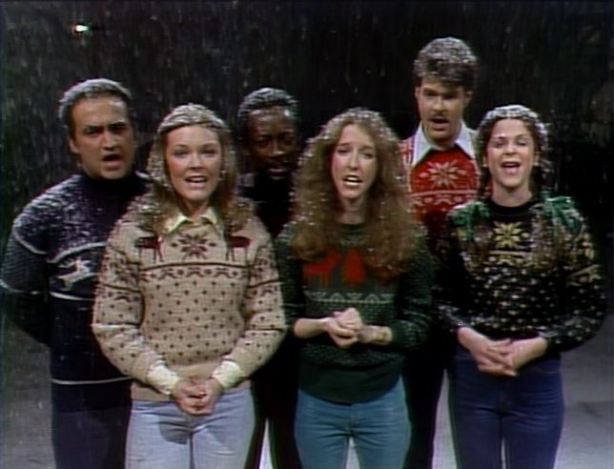 Candice describes the backstory of Gary Gilmore killing a service station attendant and a 25-year old student, followed by requesting his death to be via a firing squad. Thus, the cast sings a lovely song dedicated to this, entitled “Let’s Kill Gary Gilmore For Christmas.”

As Gilmore was the first person in the United States executed since 1976, his story formed major cultural ripples at the time.

Dressed in winter jumpers and surrounded by fake snow, the performers “Winter Wonderland” including this line: “In the meadow we can build a snowman / One with Gary Gilmore packed inside / We’ll ask him, ‘Are you dead yet?’ He’ll say, ‘No, man’ / But we’ll wait out the frostbite till he dies.”

The Oakland-based performance artist Monte Cazazza sent out photos of himself in an electric chair on the day of the execution. Bizarrely, one of these was printed in a Hong Kong newspaper as the real execution.

Seinfeld nearly included a reference to Gilmore’s final words, in an episode titled, “The Jacket”, but the scene was changed at the last minute.

To the point of two suicide attempts.

His lover Nicole smuggled a lethal quantity of drugs into prison by concealing pills in a balloon up her vagina; he transferred the pills to his rectum.

All of this (maybe not the most unsavory bit) would have been known to Dan Wieden, when he was inspired to make the Nike slogan “Just Do It” after Gary Gilmore’s last words.

With the  slogan, Wieden certainly added something to the product beyond just taste, or fit, or any mundane stuff. As he says himself, you “have to have a sensibility about the product, a sort of spirit of the product almost”.

As for Gilmore, who his own cousin referred to as “a don’t-ft”? Would he enjoy his posthumous fame?

Rev. Thomas Meersman says that while he waiting for his execution, “He was on an ego trip. He loved to show off the pictures. He was somewhat awed by it after a while.”

He’d be laughing his head off about one thing.

Actually, Gilmore’s last words were to prison chaplin Rev. Thomas Meersman, after the prison doctor put a bag over his head.

“Dominus vobiscum” (Latin, translation: “The Lord be with you.”)