6 Ways To Use Email To Move Near-Expired Food 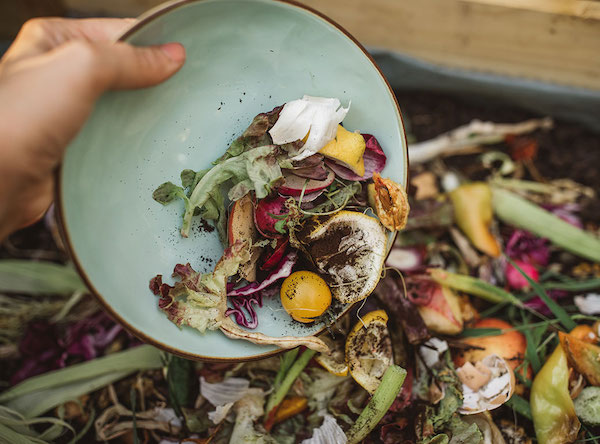 Can you use emails to sell near-expiry food in a way that doesn’t downgrade your brand? Add 6 simple types of messaging to your promotional emails to start selling almost-expired goods like hotcakes.

In the past, businesses like yours have thrown away food near its sell by date, and just swallowed the loss. Much of this food is simply too good to go. As more people become aware of the mountains of food that get binned every day, it’s a loss you may no longer have to put up with.

Traditionally, near shelf life goods have been mostly hidden in the corners of large supermarkets. Now online stores like yours are ideally placed to successfully – and profitably – sell it front and center via your sale emails.

Communicate immediately and clearly in your emails that these near-expiry products are not new and need new homes as soon as possible. Share the expiry dates of the products and reassure customers that they won’t be disappointed. These are topics brands traditionally don’t talk about, but your customers will appreciate your transparency.

Selling near-expiry products is easier when you are already sending emails regularly to your customers. There’s a clear consumer desire for transparency from brands. More and more, your customers want to understand how you operate your business. In fact, if you don’t consider more sustainable models, your business runs the risk of being called out for product churning.

Confusion over the labeling of food is a big part of food thrown out before it expires. The expiration date for foods lets consumers know when a food expires, but often there are “best before” dates or “sell by” dates.

Clarify that these dates actually have nothing to do with whether or not a food is still safe to eat, only that it will have a better quality if consumed before that day. Many use them as de facto dates for expired food and will throw food out anyway – even supermarkets.

Around 280 million litres of milk are thrown away annually in the UK. The retail giant Morrisons intends to scrap ‘use by’ dates on milk in favor of the ‘sniff test’. According to the supermarket, research shows milk is often fine to be used days after the ‘use by’ date and we should follow previous generations in trusting our noses.

The rise of near-expired products requires a shift in mindset from consumers. Unlike the traditional thinking that buying such goods is penny-pinching or embarrassing, more and more young people regard buying near-expired food as a kind of sustainable consumption that can help curb food waste.

In Chinese cities like Beijing and Shanghai, shops and storage areas dedicated to near-expired food have sprung up to meet the huge demand. Weibo online community group “I Love Near-Expired Food” has attracted over 80,000 members since September 2020.

Some online shops are even selling blind boxes full of close-to-expired food, which are snapped up! While you don’t have to go that far, make it a point when selling near-expired products to congratulate your customers on minimizing food waste.

Consumers seem to be growing more receptive to the idea of eating slightly less-than-pristine foods, as shown by supermarket campaigns around “ugly produce”.

In 2020, the world got its first pay-what-you-can grocery store when “Feed It Forward” opened in Toronto. They recover excess food from major supermarkets and allow families to simply pay what they can at the grocery store. Even Trader Joe’s ex-president, Doug Rauch, opened a non-profit grocery store in 2015.

Surplus food supermarkets like Danish WeFood have started aiming at the general public. As they explain: “If you call it a ‘social supermarket,’ it’s difficult to get customers to go there. Who wants to be poor? If you want to stop [the] waste of food, everybody has to be into it.”

By aiming at everyone, not just low-income people, in 5 years Danes managed to reduce the amount of food landing in the garbage by 25 percent.

Scarcity marketing in email is based on the idea that others desire the product, and that in order to get in on the goods, you’ve gotta act now.

Nearly-expired products have their own built-in scarcity and FOMO (fear of missing out). They’re obviously “best before they’re gone” so by simply stating their use-by date you’ll motivate your customers to buy quickly.

The easiest way to shift your almost-expired stock is to give a discount. Since Covid, people tend to pay more for groceries because of higher transport, energy and warehouse storage costs. Of course, once you attract customers to your on-line store with low-priced near-expired food, they may also buy products with higher gross profit.

Combine a discount with utter clarity and transparency about your messaging to fight food waste, feel good and fuel your profits.