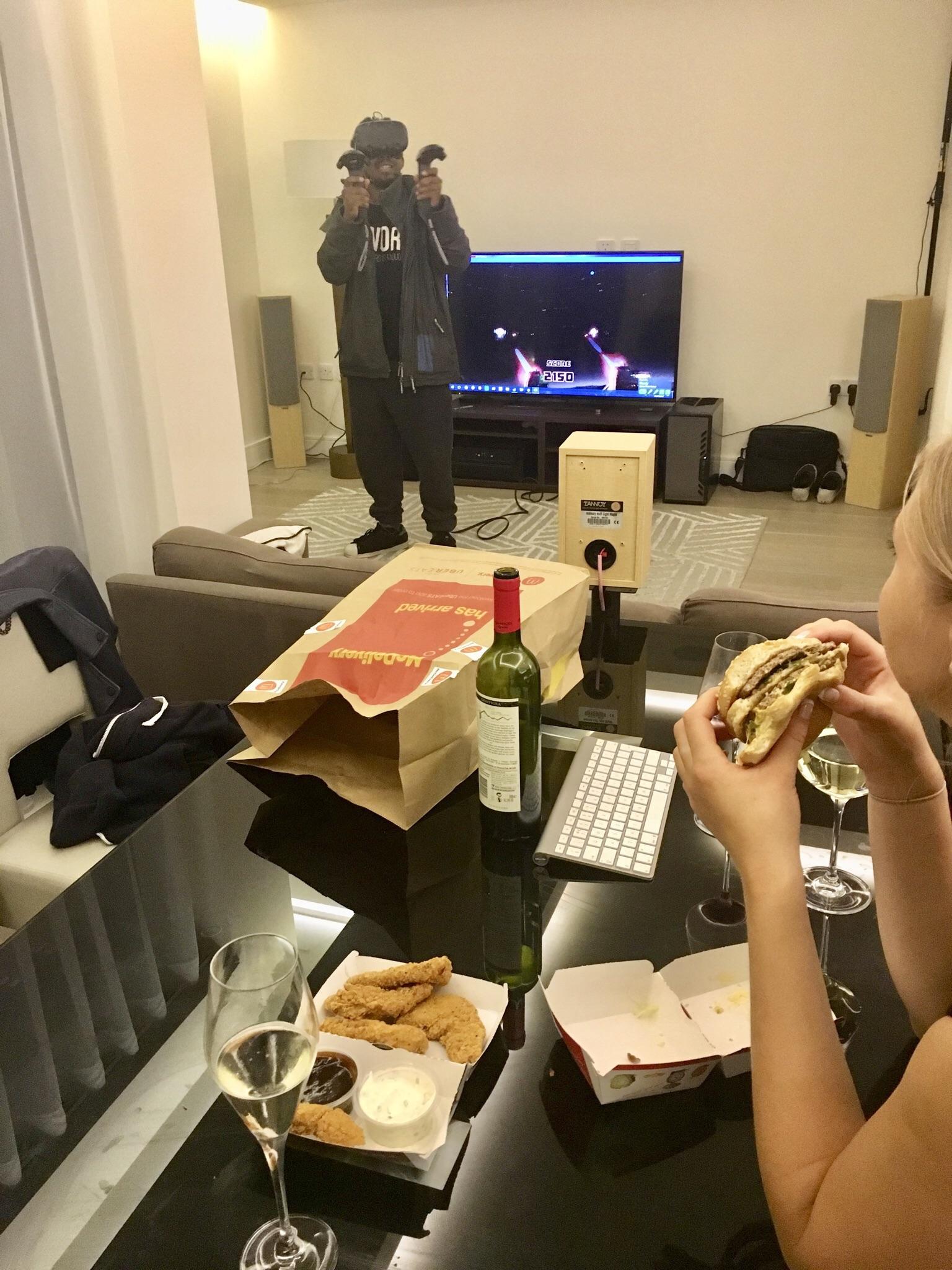 Did they take his VRginity – and integrity?

Last week, Reddit user vaskemaskine posted in the gaming subreddit: “Made my delivery driver’s night by showing him VR for the first time.”

“Wine. Big Mac. Invite delivery guy in. Take photo of him while he can’t see. Post to interweb. Weird.”

Some were convinced by the mysterious nugget positioned by the sauces.

Then, there’s the girl’s graceful two-handed display of the big mac.

“Who uses only a single surround speaker (placed in the middle) but no Center and no sub?”

“Who places their couch off-center from the television?”

“Isn’t the wine red as well but white in the glasses?”

“2 different types of dip for the chicken and no fries?”

“It breaks human protocol. The nuggets and fries always go first. Then the big Mac.”

“No cheese melted to the Big Mac box and the chicken strips have left no grease in the cardboard box.”

“There’s a Mac wireless keyboard on the table, but the TV is clearly running Windows.”

“No one has dark colored tables.”

The user behind the post defended himself pretty well from corporate shill accusations :

[He was from] Uber Eats, so I guess he had time before picking up another order. He saw my friend playing when I opened the door and said he’d never tried VR before so I invited him to try it out quickly. I never get tired of seeing people’s jaws hit the floor when they first put the headset on!

Initially, I thought the McDonald’s ad theory was just some more conspiracy emm…nuggets.

Now, I’m not completely sure.

What do you think?