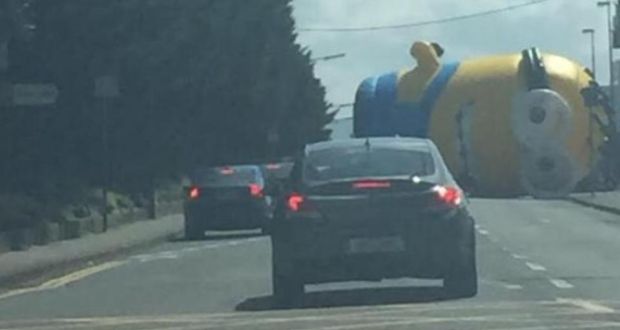 People on Quora reveal the most awe-inspiring, jaw-dropping excuses they’ve heard for lateness from an employee or co-worker.

From the “cat told me it was Saturday” to  “my Llama gave birth”, I dare you not to crease yourself at these excuses.

Share them at work – you’ll look great in comparison!

Caught in a Floor Waxing Trap

One gentleman was waxing his kitchen floor and waxed himself into a corner.

Apparently, he had to stand there for an hour until the wax dried.

The same employee had dozens of dead relatives and multiple ongoing problems with his car.

He even was late one day because he backed up over a cat and was too upset to drive.

While the Quora contributor never met the wax whisperer personally, she felt she knew him from his excuses.

Forgot I was working today

One day, a new hire went home for lunch.

Her Quora co-worker points out that they didn’t get a long lunch.

Hardly worth leaving campus, in fact.

Nevertheless, this lady drove to her apartment across town, and they didn’t hear from her for a couple more hours.

Finally, she called and said, “I came home and forgot I was working today.   Can I just stay?  Do I have to come back in?”

The supervisor said that no, she did not have to come back in.  (Ever.)

Bumped into a Lithuanian Metal Band

My text: Hi [Boss], I was waiting at bus stop to go home yesterday evening when I bumped into a lost Lithuanian heavy metal band with a crate of cider. After walking for several hours to help them find their destination I was rather more drunk than I expected. Very sorry, I won’t be able to make it in today.

“My Llama gave birth last night” excuse was from an IT manager responsible for 36 programmers and QA staff at a billion-dollar company.

She did actually raise llamas in her spare time.

The Quora writer says that, hilariously, she mentioned it casually as if HR gave everyone three “live llama birth” days a year.

Llama birth became the default explanation for employee absences and excuses to get out of social engagements:

Elephant on the highway

A Quora user asks:  What would you think if a co-worker who a master of excuses, told you she was late because of an elephant on the motorway?

Well that was what his co-worker said when she showed up hours late.

“I’m so so sorry but there was this elephant on EDSA!!!” (the main highway of the city).

She was not believed.

It was a time when there was no social media yet nor Android phones so it was harder to prove.

Later in the news, it DID say an elephant from a circus show broke loose!

They moved the Flinstones

On the fourth/fifth day, the boss was waiting at the time clock and asked the employee if he understood the required hours.

With a straight face, the employee said he understood, but, “They moved the Flintstones to 8 o’clock, and so I can’t leave the house until 8:30”.

He could understand the Jetsons, but the Flintstones?!?

A Quora scribbler received a panicked call from a friend at a mandatory seminar.

She had one of the most cartoonish excuses ever.

“I’m going to be late! I might not make it!” she exclaimed.  “These two squirrels are tied together by their tails on top of my car!”

A few seconds later a picture message showed two squirrels with their tails knotted together.

She never did make it—she wound up waiting for animal control for over an hour, all the while the squirrels scampered to and fro in a frenzied fit.

Dreamt I was already here

A Quora user‘s friend was always late for work.

One day he was late once again, and his boss told him that he better tell him something he’d never heard before, or he was going to fire him.

“I dreamt that I was already here”

Court Appointment for a Paternity Test

A Quora contributor was hired to be a landscape foreman.

One day seven of his eight crewmembers didn’t show up for a job.

The next day, their excuses were the same:  “Court appointment for a paternity test”

The foreman suspected a night of drinking together.

Nope…all seven went to the SAME courthouse for a paternity suit with the SAME WOMAN.

Oh, and none of them was the father.

And according to the Bailiff (who he knew), none of the other NINE MEN were, either!

My cat told me it was Saturday

A former co-worker, who was pretty punctual, didn’t show up one morning.

Finally, someone called her to find out what was going on and woke her out of a sound asleep.

When she got to work, she said “I know no one’s going to believe me, but I dreamt that my cat told me it was Saturday, and to turn off my alarm and go back to sleep. So I did. Would YOU argue with a talking cat?”

Had to scratch the dog’s ears

Because his dog had just had surgery and he needed to be with her to scratch her ears.

The dog had an e-collar so couldn’t get at them to scratch them herself, and was getting agitated.

So this guy had to work from his home office with only one hand that day because the other one was busy scratching a dog’s ear.

(As a dog owner, I think this one is perfectly legit).

This one is from school days, but it’s too funny not to include.

A Quora user relates: As I walked in, the teacher looked at me and asked: “Why are you late for class.”

“Sorry sir, I was late for class because I was abducted by aliens from Proxima Centuri, they forced me to fight in gladiatorial combat to the death with strange creatures. I had to use [insert the formula for the chemistry class homework] in order to win. Once they declared me The Champion they brought me back to earth and dropped me off at the front gates of the school. Unfortunately, two hours had passed. I sincerely apologize sir, next time it happens I shall endevour to defeat the aliens placed before in gladiatorial combat in a quicker manner.”

He never got in trouble for that, probably because he made the teacher laugh!

I’d rather sleep in

This Quora contributor gave this excuse:  “Nobody starts working on time here. Everyone clocks in, slowly visits the bathroom, grabs a cup of coffee, stands in the halls and talk for awhile, and finally gets started an hour later. I’d rather sleep in and get here when it’s time to actually work, instead of playing stupid milk-the-clock games.”

Surely not crazy, he thought. Logical.

Not to the boss, “I’ve had just about enough of your mouth. Get out and don’t come back.”

A Quora employee reported a guy who said he was abducted by aliens.

He was experimented on for months before being placed back on earth at the exact time he was abducted.

Unfortunately, they were 5 minutes late which led to him missing the bus.

Once the laughter stopped, he got on with his work.

One clever worker called in “Well”.

He said he wasn’t sick and wanted to stay that way.

Therefore, he was calling in “Well” as he had enough time off accumulated.

“”No problem” was the response.

If you liked these excuses, try our tips for looking brilliant at meetings (with no effort whatsoever).

For hundreds more hilarious excuses, check out the Quora page.