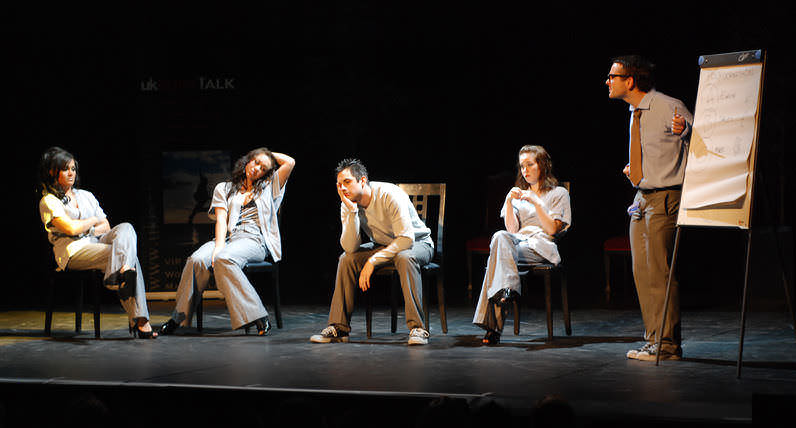 How to kill at meetings with WMD – Weapons of Meeting Domination

Want to appear smart in meetings with minimal effort?

Without further delay, let’s put a horn on that donkey and call it a unicorn.

Ask open ended questions that require no knowledge whatsoever on your part but will certainly eat up at least 20 minutes of meeting time.

Have you considered the interdependencies?

What about cross functional resources?

Could we save money by going with a contract firm/resource?

This is a great idea, but should we prove it first with a pilot/proof of concept/case study?

Is this concept bullet-proof? 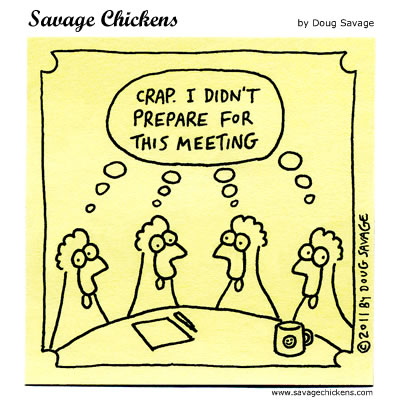 In the midst of a heated discussion, you can stop anyone dead by saying, ‘isn’t that begging the question?’

Why?  Because no one has a clue what that means.

Repeat the last four words of whoever spoke before you but in a questioning tone.

You will need to perfect the timing.

You’re just stating the obvious, but expect others to be slack-jawed at your guru-like wisdom. 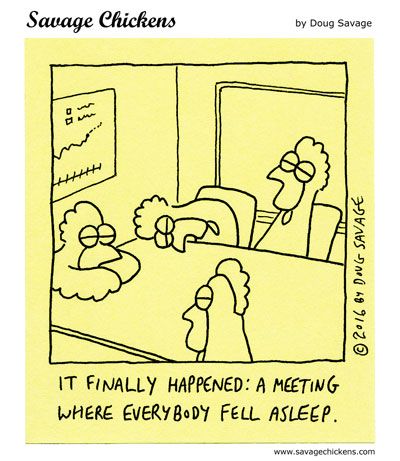 Sit back as you up you suck up all the wisdom in the room.

Say the phrase “to your earlier point” and point to the most senior person in the room.

Then say anything you want.

You will appear to have been listening and the person you point to will be flattered.

No one is going to challenge you…because they weren’t listening either.

Before the meeting gets on track, derail it to a completely unrelated but urgent-seeming subject

Everyone will wonder why s(he) didn’t schedule a meeting about that instead.

You will look important, farsighted and a company person. 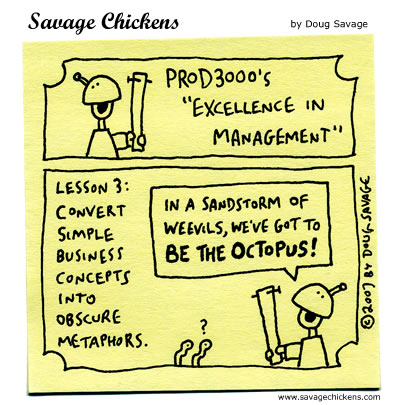 It’s on my radar

Thrown under the bus

Does it have digital legs?

The elephant in the room

Still unprepared and can’t fake it?

If so, grow your digital legs,  face the elephant in the room and say:

Got any others?  Ping me in the am and put it on my radar.