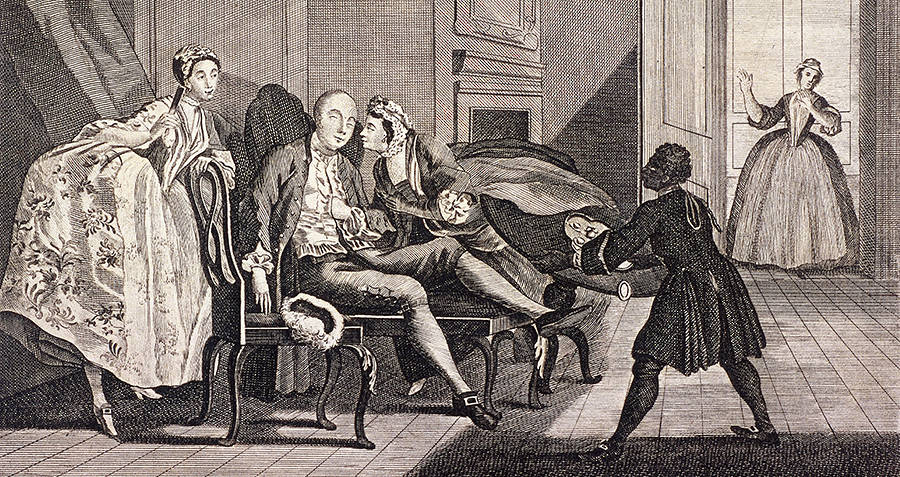 Called someone a smart aleck lately?  Well, you just compared them to a 19th-century pimp.

Turns out that Smart Aleck was a real person – and not one you’d like to meet down a dark alley.

Or any kind of alley.

Missouri professor Gerald Cohen writes that the term is derived from a real-life person.

Alexander Hoag was a pimp, who lived in New York City in the 1840s.

He and his wife, Melinda, tricked unsuspecting men out of whatever they had on them at the time.

Melinda would pick up men on the street, and lead them to a dark alley where she would pick their pockets.

While she “distracted” the men, a lurking Hoag would snatch up the goods.

The “smart” part of Alec Hoag is that he paid off the police department to keep them quiet.

Only Hoag outsmarted himself.

He moved on to a more elaborate scheme.

In his 1844 book, The Mysteries of the Tombs, New York editor George Wilkes, who met Hoag in a state prison, recounted the con:

“Melinda would make her victim lay his clothes, as he took them off, upon a chair at the head of the bed near the secret panel, and then take him to her arms and closely draw the curtains of the bed.  As soon as everything was right and the dupe not likely to heed outside noises, Melinda would give a cough, and the faithful Alec would slyly enter, rifle the pockets of every farthing or valuable thing, and finally disappear as mysteriously as he entered.”

Usually, the police would be lingering outside the hotel, eagerly awaiting their share.

Hoag decided he could outsmart them by lying about his swag or kept it stashed in secret locations.

Soon, officers began referring to criminals who thought they were smarter than the police, as “smart alecks.”