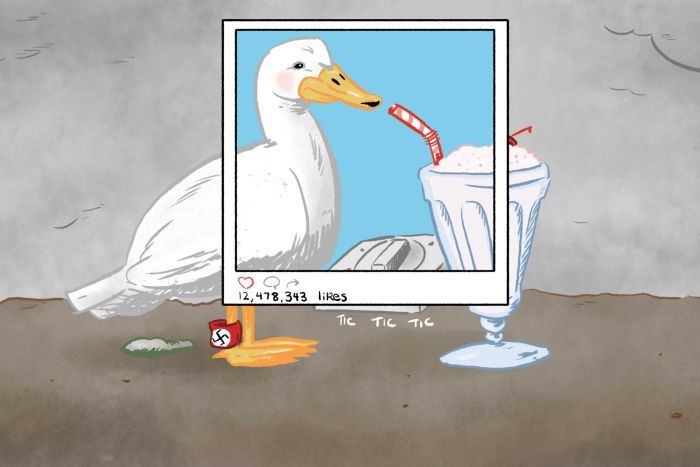 Milkshake Duck – The phrase so famous you never heard of it.

Australia’s Macquarie Dictionary has awarded “milkshake duck” its 2017 word of the year.

On June 12, 2016, Australian cartoonist Ben Ward tweeted it to describe our tendency to foist instant celebrity on some person and its inevitable backlash.

In Ward’s tweet, the cuddly duck is accused of being a vicious racist.

The whole internet loves Milkshake Duck, a lovely duck that drinks milkshakes! *5 seconds later* We regret to inform you the duck is racist

Milkshake Duck is defined as “a person who is initially viewed positively by the media but is then discovered to have something questionable about them which causes a sharp decline in their popularity”. 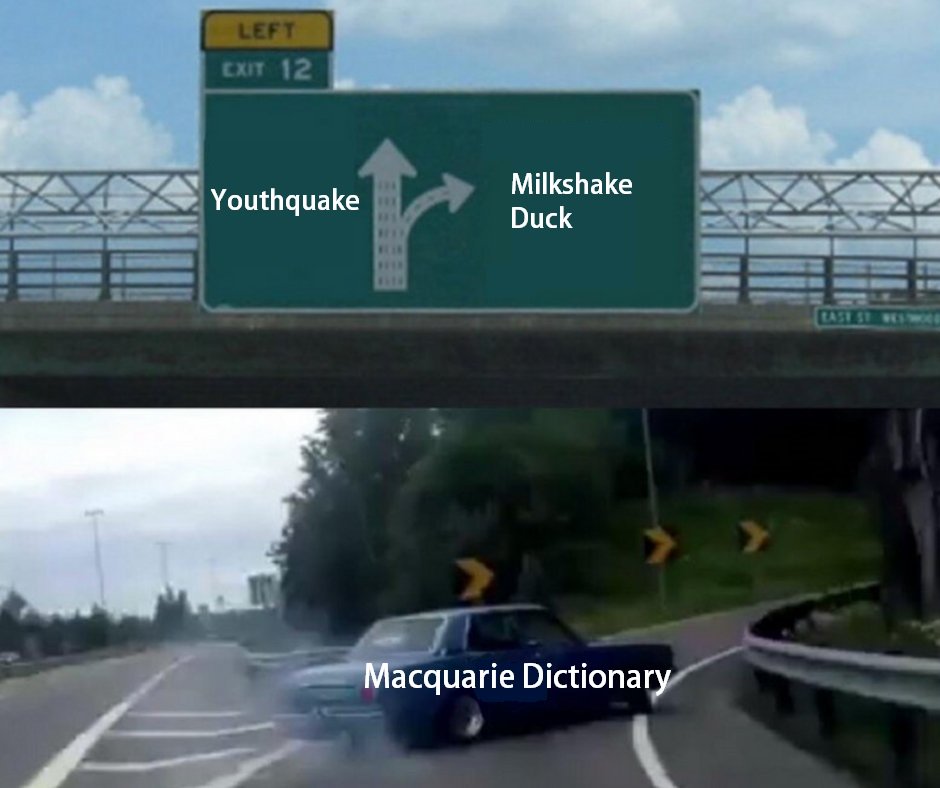 “It plays to the simultaneous desire to bring someone down and the hope that they won’t be brought down. In many ways it captures what 2017 has been about”

It has since been used as shorthand for real-life examples, including : 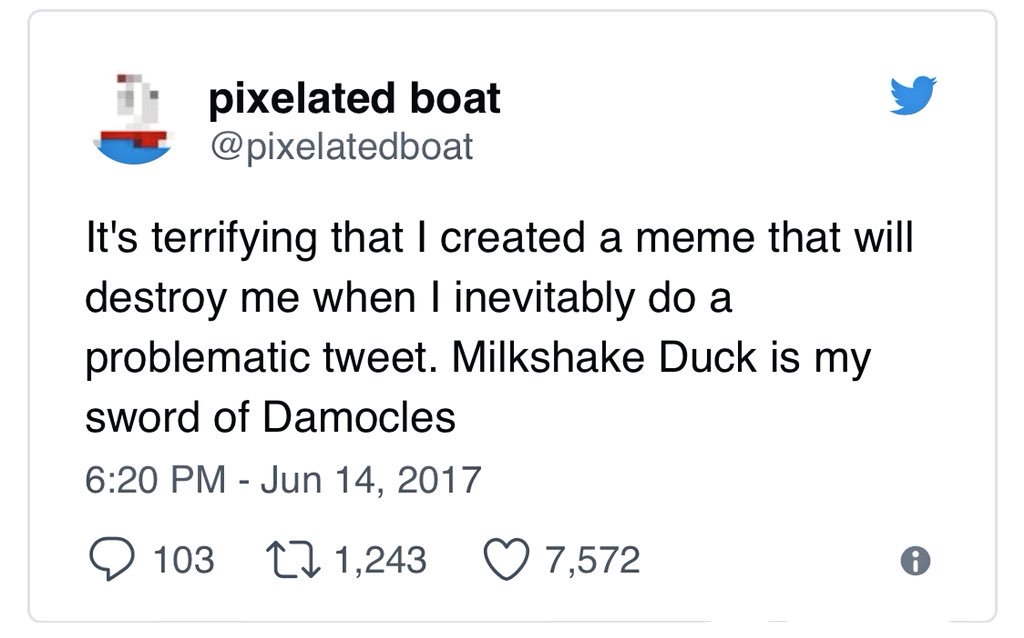