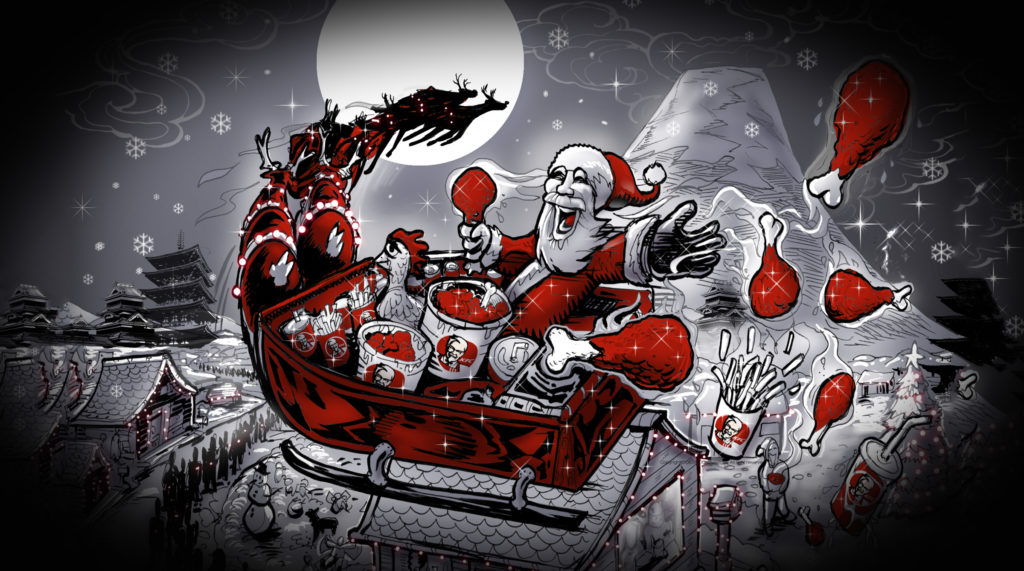 Takeshi Okawara, the marketing genius who sold Japan on KFC for Christmas dinner,  recently admitted that it was built on a lie. 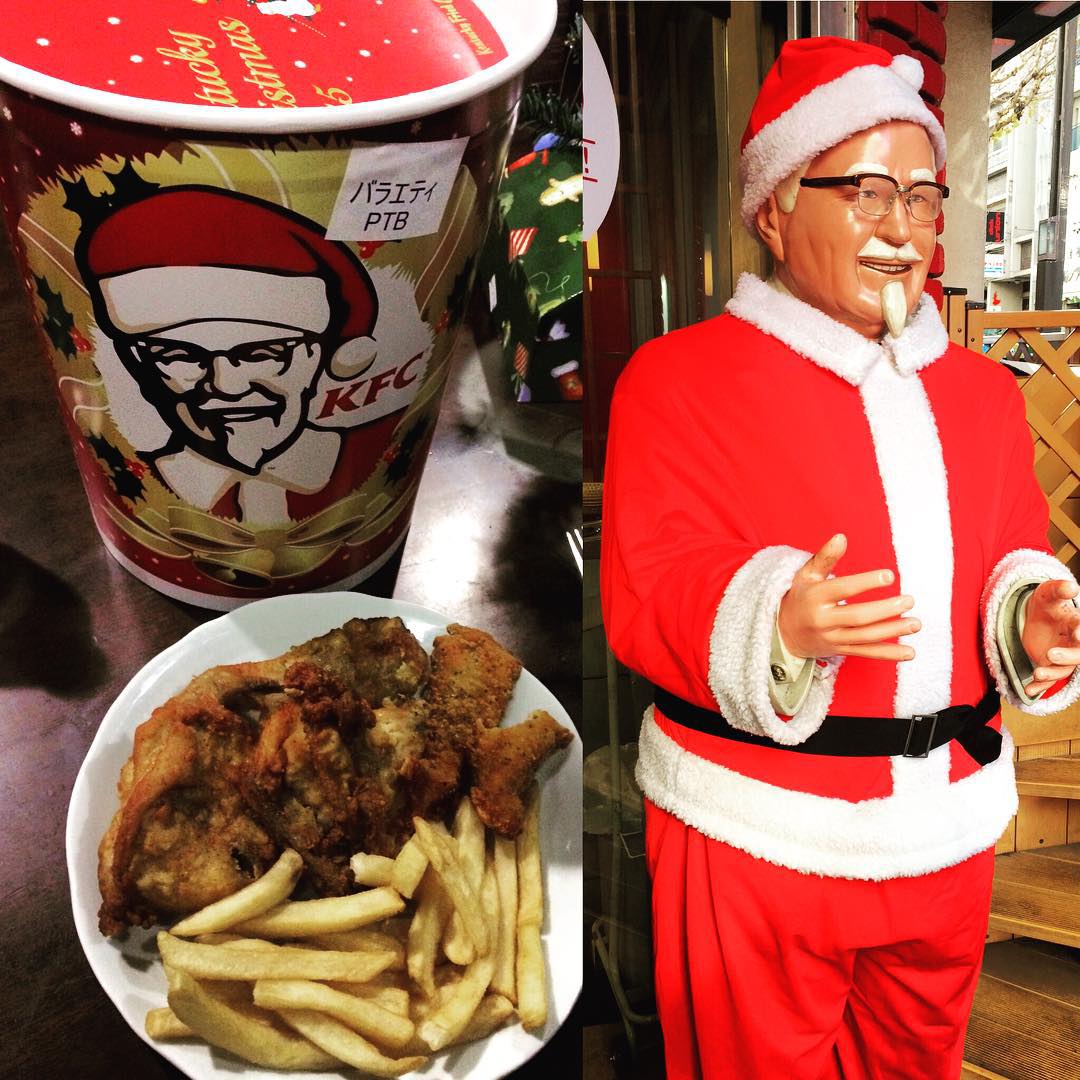 When KFC Japan was starting from scratch, the national broadcaster NHK asked if fried chicken was really the Western Christmas tradition.

“I knew that the people are not eating chicken, they are eating turkey…But I said yes. It was [a] lie…I still regret that. But people….like it”.

KFC Japan disagrees – the idea came to Okawara in a dream. He jotted down an idea about a “party barrel” to be sold on Christmas after overhearing a couple of foreigners talk about how they missed having turkey for Christmas.

Okawara himself tells the story of a nun who asked if Okawara would help out a school Christmas party if it served KFC’s fried chicken. Okawara agreed and even dressed up as Santa Claus himself, dancing around the classroom à la bucket of fried chicken.

The party was a success, and soon another kindergarten class asked for a KFC-themed Christmas party.

Now, you can find anime-eyed mascot costumes styled after the Colonel. Not to mention Service employees of KFC Japan wear uniforms loosely modeled on his signature white suit and long black ribbon tie.

In any case, Okawara’s promotion went national in Japan in 1974 under the name Kurisumasu ni wa Kentakkii: Kentucky for Christmas.

Between December 23 and 25 2017, KFC Japan sold about $53 million worth of fried chicken. That’s enough for every person in Tokyo to have two and a half pieces.

The first Kentucky Christmas meal sold for a $10 (almost $48 in 2014 money) and contained fried chicken and wine. Now, KFC’s Japanese Christmas meals cost about $40 and come with champagne and cake.

Why KFC Japan for Christmas when less than 2% of the population is Christian?

An explanation from one marketer is that there was no tradition of Christmas in Japan. KFC came in, and filled the void.

Their success has continued in part because of KFC’s marketing stunts. Their Twitter page only follows 11 people: six named Herb and the five members of the Spice Girls, in a nod to the brand’s signature 11 herbs and spices recipe. They’ve brought back the Colonel (and had him dance with Mrs. Butterworth). They’ve launched a chicken sandwich into space and, more terrestrially, invented chicken that won’t smell offensively on the train.

Okawara would go on to become CEO of Kentucky Fried Chicken Japan from 1984 to 2002.

Not bad for a guy who told Business Insider that at times he slept on flour bags in the back of the first Japanese KFC.

KFC takes reservations 1 month in advance for the Kentucky Christmas meal. If you don’t reserve, be prepared to queue for hours.

Want to blow a Japanese mind? Suggest that Western KFC’s may even close on Christmas.